“Tonight is a very special night. We are creating history tonight. It’s been a long journey,” a teary Sir Elton John said Sunday, addressing his sold-out crowd (and fans watching at home via Disney+’s livestream) during what was not only the final gig of his three-night stand at Los Angeles’s Dodger Stadium, but his final North American stadium show ever.

Elton’s Farewell Yellow Brick Road Tour itself has been a long journey, indeed: John announced his retirement from touring almost five years ago, back in January 2018. And he’s hardly kept a low profile since then, basically becoming the hardest-working retiree in show business. During the past four or so years, he has released his biopic, Rocketman, which won an Oscar for Best Song; his autobiography, Me; and The Lockdown Sessions, an all-star pandemic album featuring Eddie Vedder, Miley Cyrus, Dua Lipa, Lil Nas X, Nicki Minaj, Young Thug, Rina Sawayama, and Stevies Wonder and Nicks. He’s also collaborated with Lady Gaga and Ed Sheeran; co-penned a new musical about Tammy Faye Messner with Scissor Sisters’ Jake Shears and a stage adaptation of The Devil Wears Prada with Shaina Taub; and even coaxed Britney Spears out of recording retirement. And of course, he has played a whopping 272 concerts, including one on the White House lawn.

So, as the old saying goes: How can we miss him if he won’t go away? As it turns out, Elton will be missed very, very much. On Sunday, as he returned to Dodger Stadium — the site of two of his most historic concerts — the 75-year-old was still playing at the peak of his circa-‘75 powers, from the moment those thrilling piano-key thumps of “Bennie and the Jets” opened the show. Only once during his marathon set — when he melodramatically slumped over his piano, winded, after jamming on an epic and extended version of one of his favorite compositions, “Someone Saved My Life Tonight” — did he show any actual sign of human frailty. It seemed unfathomable that he wouldn’t be back the very next night to hit another one out of the ballpark.

But for two all-too-fleeting fleeting hours, John delighted his audience of Elton cosplayers — superfans who were all gussied up in bedazzled Dodgers uniforms, oversized rhinestone sunglasses, “I’m Still Standing” summer suits and porkpie hats, enough sequins to fill an entire JOANN Fabric and Crafts superstore, and, in at least one case, a Donald Duck costume just like the one John wore at Central Park in 1980. (Jojo Siwa was even spotted in an orange-horned devil onesie, complete with a massive red-feathered wingspan that likely blocked the viewing of half the row behind her.) “Thank you for dressing up. It makes me so happy when I see you all in costume,” Elton said towards the end of his concert while rocking his third over-the-top outfit of the night, a bejeweled Dodgers bathrobe.

Elton kept his stage banter light — he made no mention of the previous night’s tragic shooting at Colorado’s LGBTQ+ nightspot Club Q or the shocking attack on a couple in the Dodger Stadium parking lot at his Saturday show. Instead, he expressed his love for L.A., saying, “I first came here, to America, in 1970 — to Los Angeles, the City of Angels,” recalling how L.A. Times music critic Robert Hilburn’s rave review of his now-legendary showcase at Hollywood’s Troubadour changed his life. “I’ll never forget that. … I became successful first in America. Without America, I wouldn’t be here.” He also reminisced about being “flabbergasted” early in his career when Aretha Franklin covered his composition “Border Song,” and sentimentally introduced his longtime songwriting partner, Bernie Taupin.

“We’ve been writing together since 1967, and we just love each other more than we’ve ever done before. He’s an amazing guy,” Elton gushed, hugging Taupin and telling him, “I love you. Thanks for all the gifts.” Taupin then declared John “the greatest man on the planet,” while the audience roared in agreement.

Taupin wasn’t the only special guest at this lovefest. Brandi Carlile joined in for “Don’t Let the Sun Go Down on Me” (dedicated to John’s late band members John LoPresti, Dee Murray, Roger Pope, Guy Babylon, and Bob Birch), wearing her own fashion-forward take on Elton cosplay with a blue/gray/white colorblock “Rocket 1” suit and looking adorably starstruck during this entire pinch-me moment. (When Carlile performed at John’s annual Oscar viewing party earlier this year, she told the A-list crowd that John “shaped the way I walk through the world as an artist.”) Kiki Dee, who’d been there for John’s first Dodger Stadium show 47 years ago, came out for their classic duet “Don’t Go Breaking My Heart,” and Dua Lipa teamed with Elton for their 2021 hit “Cold Heart,” which had just won Collaboration of the Year honors at the American Music Awards ceremony a few miles away.

“I can’t tell you how proud I am, at 75 years old, to have a No. 1 record around the world,” John proclaimed as Dua left the stage, also shouting out the recent success of his Britney Spears collaboration, “Hold Me Closer.” This seemed like a setup for a surprise Britney cameo… but then again, no. Instead, John played his first hit single, “Your Song,” although concertgoers didn’t seem too disappointed. (They got to hear a piped-in “Hold Me Closer” when it served as Elton’s exit music at the evening’s end.)

While this was John’s last show in America, he won’t stay away from the stage for too long: His Farewell Yellow Brick Road Tour resumes in January with dates in Australia and New Zealand, before continuing in Britain and Europe and finally wrapping in Sweden in July 2023. And after that, he hasn’t ruled out smaller-scale concert residencies or occasional one-off gigs. “What I love more than anything is to play live,” he assured Sunday’s Dodger Stadium audience. However, he still seemed very much at peace with his decision to quit his grueling touring schedule, bringing out his husband David Furnish and their sons, Elijah and Zachary, to remind the crowd that his reason for retiring is to spend more quality time with family.

“I don’t really look back very much,” Elton told Yahoo Entertainment in 2018. “But when I do, get reminded of what I’ve done. I lived 10 years in one year. I’ve just had a blast. I mean, there’s been so many wonderful things. In 1970, if you’d have told me that I’d be sitting here… talking about a farewell tour, I’d have said, ‘You’re nuts!’ But then, 10 years ago if you’d said I’d have children — two children — I’d have said, ‘You’re nuts.’ That’s the way my life is; I’m willing to let it evolve as it should do. I’ve had the most incredible career. It’s not going to stop.”

Bennie and the Jets

I Guess That’s Why They Call It the Blues

Have Mercy on the Criminal

Take Me to the Pilot

Someone Saved My Life Tonight

Candle in the Wind

Funeral for a Friend/Love Lies Bleeding

Burn Down the Mission

Sad Songs (Say So Much)

Sorry Seems to Be the Hardest Word

The Bitch Is Back

· Taron Egerton on the Elton John song that changed his life

· Elton John guitarist Davey Johnstone on how John Lennon’s last public performance led to Yoko Ono reconciliation: ‘It was very special for them’

· Elton John’s warning during coronavirus benefit: ‘Not long ago, there was another infectious disease that was ignored’

'I talk when I want'

How to earn all Weapon Case rewards in Warzone 2.0's DMZ 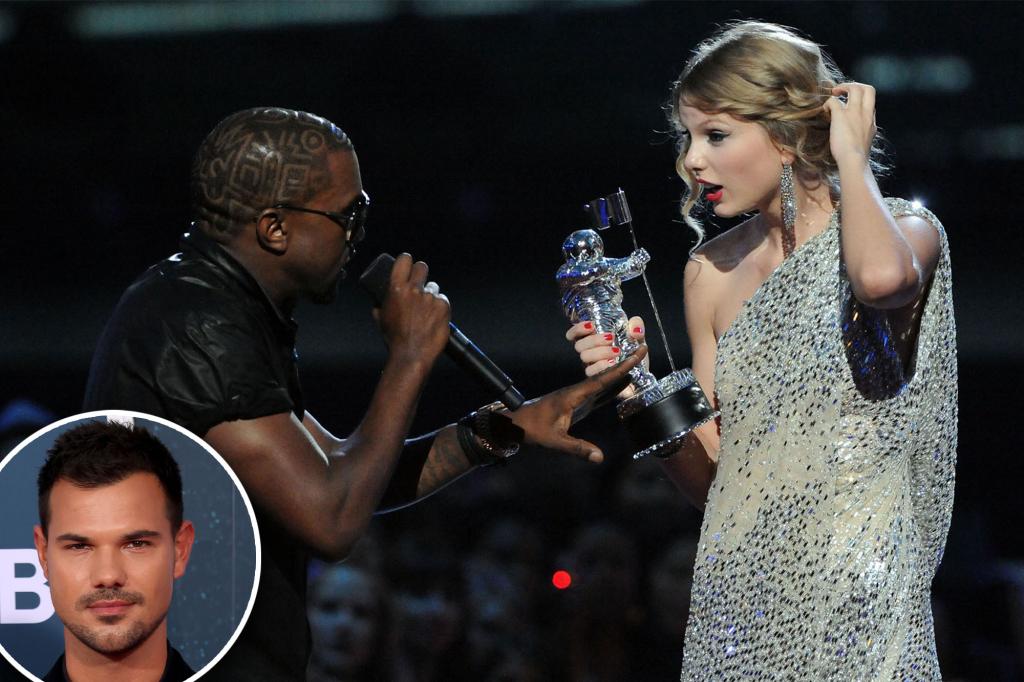 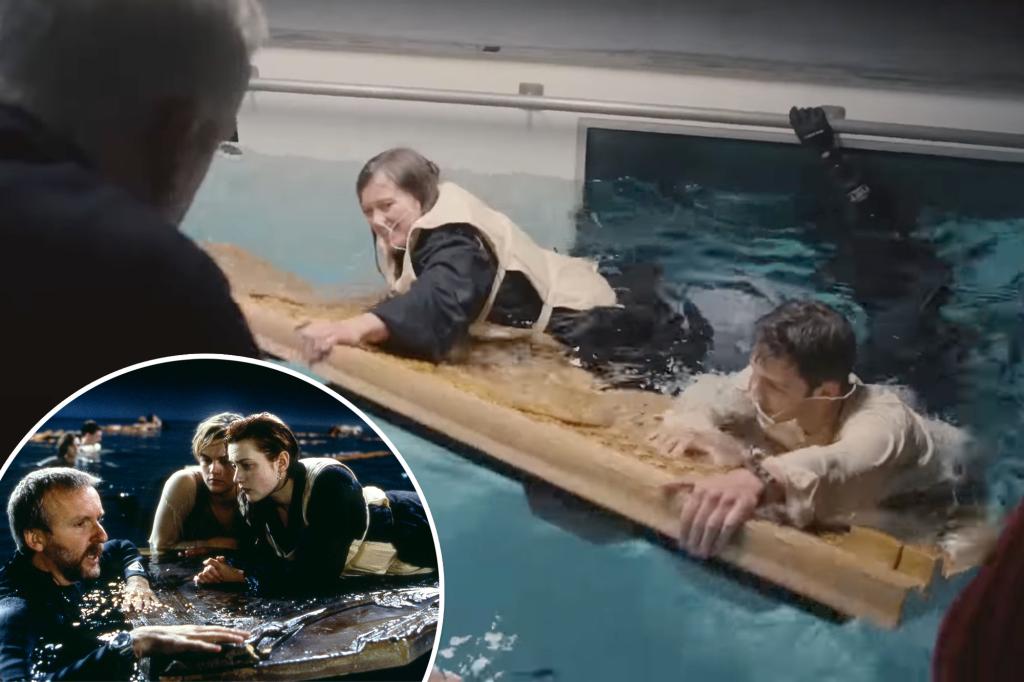 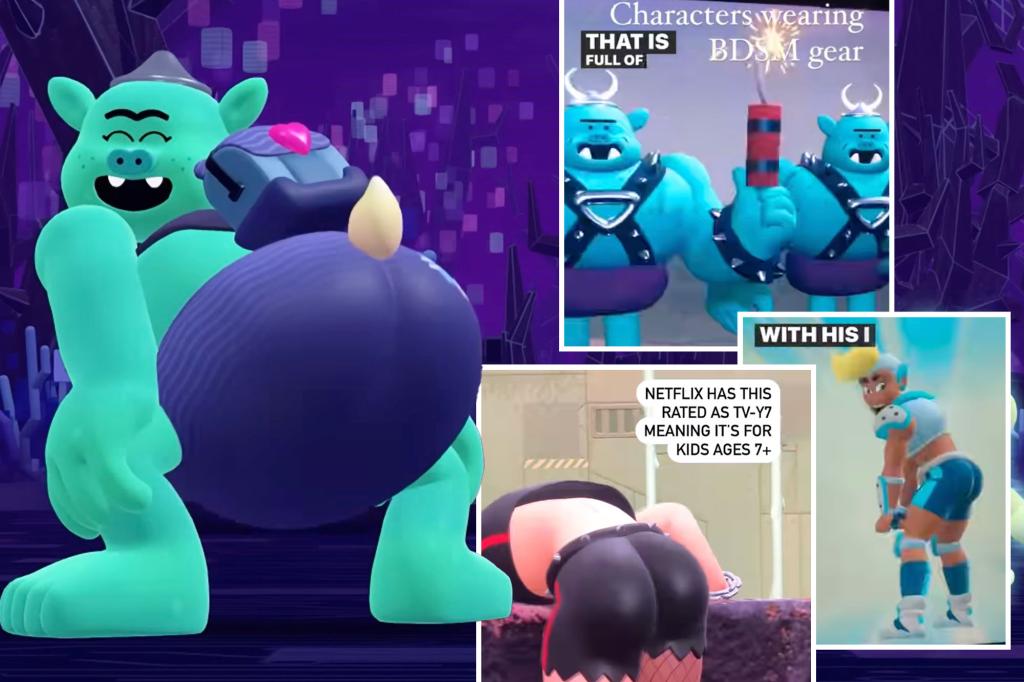