After three surgeries and seven years of fighting breast cancer, Donavan Chevannes is crediting God for bringing him this far in his fight against the disease that is a rarity in men.

The 58-year-old former chauffeur is still on the road to recovery, but he’s eagerly anticipating the day he will be declared cancer-free and considered a “breast cancer survivor”.

Until that day comes, Chevannes is thanking God for his mercies so far.

“I wouldn’t want not even my enemy to have this (breast cancer)… I have been fighting from 2015 to 2022, and see, I am still here… To God be the glory, for great things he has done,” he told Loop News in an interview.

The Guava Ridge, east rural St Andrew resident did not know it was breast cancer until 2017, though he was diagnosed with cancer two years earlier.

He shared that he has always used deodorant and would get the occasional “bump” in his armpit that would often disappear. However, on one occasion, he noticed that the bump came up and would not go away over time.

In 2015, Chevannes’ wife, Lorna, nudged him to check out the bump at their family doctor. The medical practitioner prescribed a cream for it, as it was initially thought to be an abscess.

However, the cream did not help, and the bump remained.

Chevannes said he was immediately referred by his doctor to the University Hospital of the West Indies (UHWI) where a biopsy was done. The result: cancer was detected.

“The doctor said, ‘You have cancer’, and I asked, ‘Really?’, and he said, ‘Yes’,” Chevannes recounted, adding that, initially, he was not told what type of cancer.

He was in a state of bewilderment.

“It hit me in a way where I was just thinking it was a bump,” he said, adding that he told his doctor his hunch that it may have been caused by his deodorant.

The medical doctor, however, dismissed that theory.

As the news sank in, said Chevannes, the fear grew, but he laid anchor on his Christian faith.

“You know, I’m walking, and I’m talking to everybody just the same. I was worried, but I put my trust in God and just leave it there because he’s the one; he is the miracle worker,” he declared.

An appointment was made, and surgery done to remove the lump in the armpit later in 2015.

Two years later, the medical practitioners advised Chevannes that they needed to do another operation. He was also formally advised that he had breast cancer.

He elaborated: “One of the time, they (doctors) were saying it was the cancer of the skin based on where it was at, but they settled at breast cancer, a very rare thing among men.”

Chevannes also explained that the doctors couldn’t tell him at what stage the cancer was because it wasn’t moving and was not aggressive.

While the disease is rare in males, representing about one per cent of all cancer cases in the US, medical practitioners have stressed the need for men to be aware and report any lumps on the breast or chest.

Breast cancer in men usually presents itself as a lump in the chest, dimpling of the skin, or changes in the nipple.

“They (the doctors) were saying to me that we need to go in wider because they don’t know if it (cancer) spread over on the other side, so they need to go in at a wider margin.

“So, in 2017, they cut me again, the same place under the arm, because I’m not feeling any pain in the breast or anything,” he recounted.

After that surgery, the father of one said he was put on medication.

But his worries weren’t over.

“In 2020, they said I have to do another surgery because that pill seemed it wasn’t strong enough, and it (cancer) came back. It was in the lymph nodes,” he said.

By June 2020, Chevannes underwent another surgical operation, and lymph nodes affected by the cancer were removed and sent overseas to be tested. He said his brother paid for that testing to be done.

When they got the results, the doctors placed Chevannes on chemotherapy. This involved him being injected in his leg and another in the area of his abdomen. Additionally, he started taking one tablet daily.

Chevannes, a member of the Assemblies of the First Born International Church in Guava Ridge, said his cancer diagnosis was also hard on his family.

“[On one occasion] when my wife came to the hospital, she told me she’s walking, but she’s not walking. It’s like she is not here, especially when I do the operations and am to leave the hospital and go home. My God! They take it so hard,” he explained.

Despite the challenges, his wife and daughter, Chantae, continue to play a critical role for him.

So, too, his siblings, who also offered significant support in his conquering breast cancer.

He said that the National Health Fund was also critical, as it assisted with cutting the cost of medications and other expenses.

Although he has passed the worse since his last surgery in 2020, he still receives monthly chemotherapy treatment and takes his oral medications.

The 58-year-old acknowledged that though it is challenging at times, he continues to follow his treatment routine. 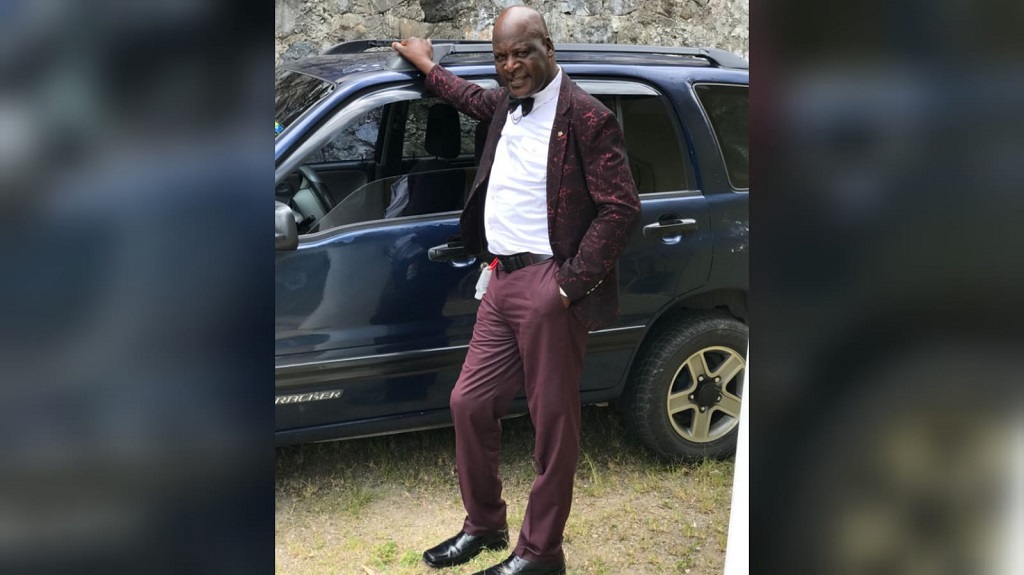 Donavan Chevannes is eagerly anticipating the day when he is declared cancer-free.

“I’m still going through my recovery process. Some people go through theirs in a very short while, but mine is very long,” disclosed Chevannes.

Chevannes disclosed that he did an ultrasound last week, and there were positive signs. However, he said he would await the doctor’s assessment of the results before arriving at any conclusions.

“It has been an uphill and a downhill battle for me. I’ve had some sleepless nights. But, you know, I have to just go through what I have to go through,” Chevannes said firmly.

He added: “The greatest thing is God is my evidence to everything. He is the one that brought me through.”

Chevannes, who was previously a chauffeur and now works as a driver for a company, again underscored the importance of friends and family in his battle with breast cancer.

“All of these operations come with a cost, and as I said before, God always put some people in your corner to make things a little easier.

“You have friends and family; those are the persons that come in and make things easier. That is why I keep saying, ‘To God be the glory’, because he always makes a way when there is none’,” he said.

Chevannes is encouraging men to get screened for all forms of cancer.

“Get tested! If it is something you can detect early, it is better for you, and you can get treatment,” he advised.

He said family members should also play a role in supporting their loved ones if cancer is detected.

“What many people don’t realise is that when you are going through a situation, they can’t determine what you’re feeling, what you’re going through, what is on your mind, but it is best for you to just encourage as much as you can,” he urged.

“It is the time when families are supposed to draw near when you’re going through such a situation and help because the words that you use can… encourage an individual to go on.

“They won’t be in that stage forever. In such a time like that, family is most important to you,” Chevannes insisted.

Russia threatens commerical satellites Pentagon and Ukraine depend on