Not long after the rollout of coronavirus vaccines last year, women around the country began posting on social media about what they believed was a strange side effect: changes to their periods.

Now, new research shows that many of the complaints were valid. A study of nearly 20,000 people around the world shows that getting vaccinated against covid can change the timing of the menstrual cycle. Vaccinated people experienced, on average, about a one-day delay in getting their periods, compared with those who hadn’t been vaccinated.

The data for the study, published Tuesday in the British Medical Journal, was taken from a popular period-tracking app called Natural Cycles and included people from around the world, but most were from North America, Britain and Europe. The researchers used “de-identified” data from the app to compare menstrual cycles among 14,936 participants who were vaccinated and 4,686 who were not.

The data showed that vaccinated people got their periods 0.71 days late, on average, after the first dose of vaccine. However, people who received two vaccinations within one menstrual cycle experienced greater disruptions. In this group, the average increase in cycle length was four days, and 13 percent experienced a delay of eight days or more, compared with 5 percent in the control group.

Alison Edelman, a professor of obstetrics and gynecology at Oregon Health & Science University, who led the study, said that for most people the effects were temporary, lasting for one cycle before returning to normal. She said there were no indications that the period side effects had any impact on fertility.

“Now we can give people information about possibly what to expect with menstrual cycles,” Edelman said. “So I hope that’s overall really reassuring to individuals.”

Researchers don’t know exactly why the vaccines seem to affecting menstrual cycles, but Edelman said that the immune and reproductive systems are linked and that inflammation or a strong immune response could trigger menstrual fluctuation.

Any change in getting your period can be stressful, triggering worries about an unplanned pregnancy or an illness, and people have expressed frustration that public health officials didn’t warn them about the possible side effect or do more research before rolling out the vaccines.

One major limitation of the study is the fact that it included only those who were not on birth control, had regular cycles before getting vaccinated and were between the ages of 18 and 45.

The study also didn’t answer all of the questions raised by people about vaccines and periods, including how the shots affect trans men and nonbinary individuals. Ever since the vaccines were rolled out, many people on social media have complained of longer, heavier and more-painful periods after getting vaccinated. This study did not look at the heaviness of periods or other side effects such as cramps, but researchers said it did show that, on average, getting vaccinated did not appear to cause longer periods.

Edelman said preliminary findings from a different study suggest that getting a coronavirus vaccine sometimes may cause heavier periods. The data, collected from nearly 10,000 people, is still undergoing peer review, but it showed that getting vaccinated increased slightly the probability of having heavier bleeding.

However, she acknowledged that her studies have looked only at people with normal menstrual cycles who aren’t using hormonal contraceptives, and that individual experiences may vary widely.

Caiityya Pillai, 21, who lives in Berkeley, Calif., said that for two months after her March 2021 shot, her normally light period became extremely painful and lasted twice as long.

“The pain wasn’t like a normal pain. It was to the point where I was crying and could not get out of bed,” she said.

Pillai said that she was overwhelmed with anxiety and thought something else might be wrong, but that after two cycles, her period returned to normal. When she got a second dose in July 2021, her period worsened again, but she said she felt calmer about it because she had seen similar stories being shared online.

Other research has suggested that the vaccines have a variety of effects on periods. A survey published last fall collected information about periods and vaccines from 160,000 people — including transgender and postmenopausal people — and found that thousands reported heavier bleeding than usual or breakthrough bleeding.

While these observations aren’t necessarily medically alarming, Katharine Lee, an assistant professor at Tulane University who led the survey, said the information is important to help trans men plan for additional support if menstruating causes gender dysphoria, and also to help people make decisions about stocking up on tampons and pads.

Lorena Grundy, 27, uses an IUD and hadn’t had her period for over three years before she got her first Pfizer shot in February 2021. The next day at work, she got her period.

“It wasn’t that the vaccine moved my period early or late — it produced one,” said Grundy, who lives in Somerville, Mass.

If she had been made aware of the side effect, she said, she would have prepared and brought a pad to work. Her period lasted three or four days — and it came back when she got her second vaccine dose three weeks later. But it didn’t happen again when she got a booster shot last November.

“I think it’s good to validate that we should listen to women about their own bodies,” she said. “I’m still glad I got vaccinated, but I do think maybe this shows that it’s a symptom we should be preparing people for so they’re not alarmed by it.”

Although Edelman’s research suggested that period changes are temporary, some people have reported lasting shifts in menstrual cycles long after getting a shot.

Sammi Beechan, 32, of Hammond, Ore., said they used to have a “blessed, beautiful cycle” that came every 28 days “like clockwork” and resulted in mild cramps and only four days of light to medium bleeding.

After a Johnson & Johnson shot in April 2021, nothing changed, but after getting a Moderna booster that October, Beechan noticed that their period started to come every 24 days with more than four days of heavier bleeding, more-painful cramps and extreme mood shifts. Doctors have ruled out endometriosis and other potential health conditions as the cause.

Beechan said that getting vaccinated against covid is worth it but that they wish more information about period side effects had been provided ahead of the vaccine rollout. “I went from having very consistent expectations and now each month I’m like, okay, I guess this is what it is,” Beechan said.

Diana Bianchi, the director of the Eunice Kennedy Shriver National Institute of Child Health and Human Development, which funded Edelman’s research, said getting a significantly late period after vaccination is not necessarily cause for alarm.

“I wouldn’t recommend going to a doctor after the first time that it happens, just because all the evidence indicates that the change resolves, it’s only temporary,” she said. “If it’s a persistent change in the menstrual cycle interval, then that might be a reason to see your primary-care physician or OB/GYN.”

The National Institutes of Health has funded at least four other research projects around coronavirus vaccines and menstruation — some of which look at adolescents and people with endometriosis — with the hope of providing better information and increasing public trust in the vaccines.

Olivia Rodriguez, 26, said she doesn’t plan to get her booster shot because she had such a bad experience after her second Moderna shot in March 2021. Despite just having finished her period, she started another within a few days of getting the shot. It lasted 10 days with heavier bleeding, she said, instead of the normal four or five days she was used to. She also experienced more-painful cramps.

Initially, she panicked, but soon found stories online of other women who had gone through similar situations. It was reassuring, she said, but she still is wary of getting another shot.

Rodriguez, who is a member of the Osage Nation, said medical researchers need to earn the trust of the Indigenous and people of color by providing more information upfront about side effects.

“I never really got an explanation of why or what happened,” she said.

A previous version of this article reported an incorrect number of respondents on a survey about periods and coronavirus vaccines. The survey collected information from 160,000 respondents, not 16,000. The article has been corrected. 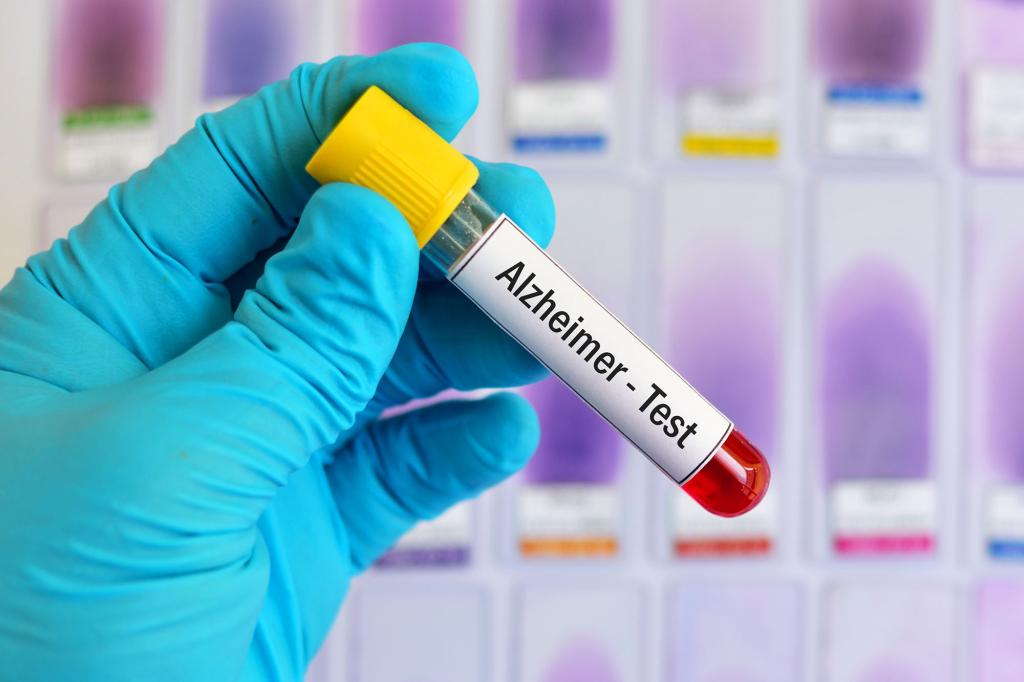 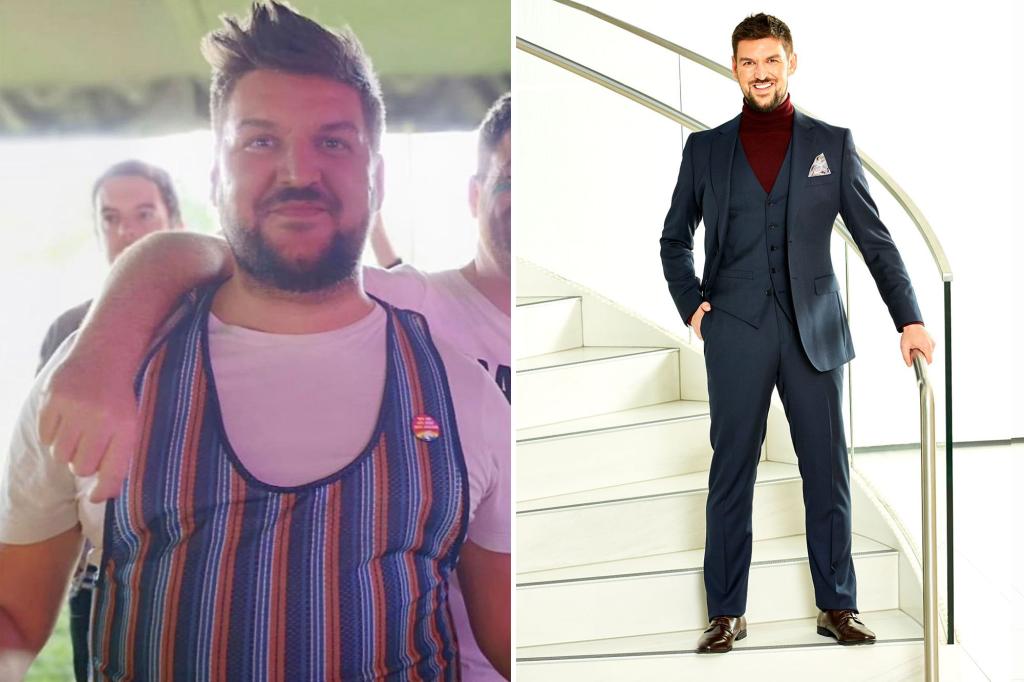