His demented Kremlin speech Friday, during a ceremony in which he feebly asserted Russia was annexing portions of Ukraine, made the strongest case for the necessity of regime change in Moscow that any world leader has yet to make.

But it has been clear the Russian dictator must be removed from office for a long time now.

It has been clear because the world can’t be stable as long as the man who controls the planet’s largest stockpile of nuclear weapons is one whose power is unchecked at home, who shows such contempt for both international law and human decency, and whose ambitions are so untethered to reality.

Justice also requires that Putin leave office. He is a serial war criminal, one of the worst the world has seen in the modern era. He has laid waste to a sovereign nation. He is responsible for the deaths of tens of thousands. He has embraced the language and practice of genocide. His armies have committed war crimes. Mass graves attest to his brutality. What is more, his crimes are not limited to the human suffering he has unleashed upon Ukraine. Other violations of fundamental laws and myriad atrocities can be traced to decisions he has made—from Russia’s leveling of Grozny in Chechnya to Russia’s active support for and participation in horrors in Syria; from the invasion of Georgia to Putin’s murderous campaign against dissidents within his own country.

Putin, for years, has provided evidence not only to international prosecutors but to every sentient being on the planet that he is not a legitimate leader. He does not deserve to be swathed in the protections normally accorded to foreign heads of state. He has no more claim on them than did past monsters—from Hitler to Saddam to Qaddafi, from Pol Pot to Milosevic.

The dead of Bucha and Melitipol or Izium make that case with their absence. So do the victims of Russian torture, of bombed hospitals, schools and train stations, of mass kidnapping, and of unceasing terror being visited by Russian missiles, artillery and troops upon innocents—victims of the misfortune of living next door to one of history’s most repulsive miscreants.

No one could listen to Putin’s rambling Friday rant and draw any conclusion other than the fact that the longer Putin remains in office, the greater the damage that he will do.

If the absurd spectacle of a “signing ceremony” asserting Russian control of Ukrainian territory featuring Kremlin stooges and nationalistic chants did not chill observers to the bone, then Putin’s belligerent language condemning “the enemy” in the West and his intimations that he might be within his rights to use nuclear weapons certainly should. He mocked international law. He condemned U.S. “satanism.” He called on Ukraine to negotiate but said that the fate of “Donetsk, Luhansk, Zaporizhzhia and Kherson” was not on the table, that they would be parts of Russia “forever.”

When President Joe Biden said of Putin in May, “For God’s sake, this man cannot remain in power,” it was followed by a swift “clarification” from the White House that the president “was not discussing Putin’s power in Russia, or regime change.”

But as we have gradually come to learn, Biden’s seemingly spontaneous comments on crucial issues of international policy to which he has devoted decades of study—whether they concern Putin or Taiwan—are not gaffes. They instead are expressions of common sense, acknowledgements of reality that diplomats may wish were unspoken, that cannot be the “official” policy of the U.S., but that are signs that the president understands clearly the reality on the ground and U.S. interests.

That is good because tiptoeing around the threat posed by Putin, hoping that accommodating him would lead to moderation in his behavior certainly has not worked. Indeed with every respectful, restrained response to Putin’s aggression or abuses, we have only seen an escalation of his offenses.

The “measured” responses to his aggression of the Bush or the Obama years did not work. Nor did the slavering obsequiousness of former President Donald Trump. Indeed, the ostpolitik of Angela Merkel and the vacillations of French President Emmanuel Macron and other European leaders have actually aided and empowered Putin.

No doubt Putin’s allies—like the talking heads at Fox News, the leaders of the MAGA caucus on Capitol Hill, and Putinistas across Europe—will warn that to even speak of the need to remove Putin from office will provoke him, perhaps even lead him to unleash nuclear weapons in Ukraine or against the West. How do we know that? Because that was the response to Biden’s moment of public honesty and realism on this issue.

Many others, including some well-respected foreign policy experts, suggested we should not “corner” Putin with a public stance demanding his removal.

Some of those experts correctly observe that the U.S. has a checkered history seeking regime change. They argue that there are no good alternatives to Putin, and so getting rid of him might produce an even worse outcome, whether that is the chaos associated with a leadership void or a more dangerous leader.

But go back and listen to his Friday speech. It makes clear that we are well past the point where the dangers of his remaining in power are greater than the dangers that might be caused by his fall.

Further, removing the world’s autocrats and thug heads of state has actually not generally produced worse successors. That was certainly true in the cases of Hitler, Mussolini, Milosevic, Pol Pot, and many others.

“…tiptoeing around the threat posed by Putin, hoping that accommodating him would lead to moderation in his behavior certainly has not worked.”

Next, acknowledging that Putin must go is not the same as making regime change a matter of public policy. For governments it can (and largely should) remain an unexpressed goal.

That said, certain sanctions imposed on Russia should remain in place until Russia changes key policies and positions that are indelibly associated with Putin, which in effect will mean until Putin is gone. Certain defensive postures of the west should remain in place until the threat from Russia has abated. We can do more than we currently are to help covertly support Russia’s opposition, especially those whose values align with ours.

Perhaps most importantly, we can ensure that any sort of lasting Russian victory in Ukraine is not an option and that Putin’s terms will never be met, his aggression never rewarded.

With such policies, we can actively encourage the people of Russia to recognize that their country will not have a future as long as Putin remains in power. Putin is assisting on this front. By undertaking a massive military conscription campaign, one that may call up as many as one million troops, who will then be under-equipped, under-trained, and likely victims of a war they did not seek against neighbors who are not in any ways their enemies, he has already lit the fuse on a potential national backlash. Millions and millions of Russians will increasingly feel the pain and loss associated with Putin’s war in ways that they did not before, in ways that Russian propaganda cannot hide or dress up.

Celebrities and business leaders are speaking out more clearly. How long will it be before the security services that surround and protect Putin begin to see the fact that he is a threat to their well-being, to their lives, to the futures of their families?

Accepting the reality that Putin must go is just common sense at this point. Recognizing that reality, we should embrace policies that encourage the conditions that will make it come to pass. We should also prepare for the consequences of such a change and make sure to send Moscow the message that Russia’s neighbors and the community of nations welcome a more responsible Russia—while also making clear that we are ready to defend ourselves against one that makes the mistake of continuing (or making worse) Putin’s policies.

As for making the case to the Russian people that they must act, we need not do that. Putin, with speeches like Friday’s and self-inflicted catastrophes like Ukraine, is already doing that far more persuasively than we could hope to do. 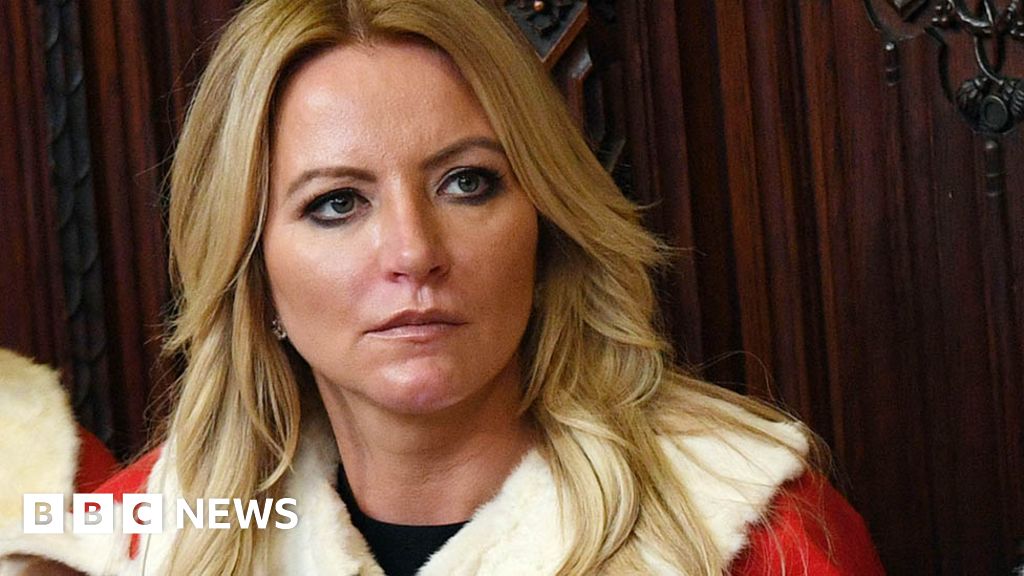 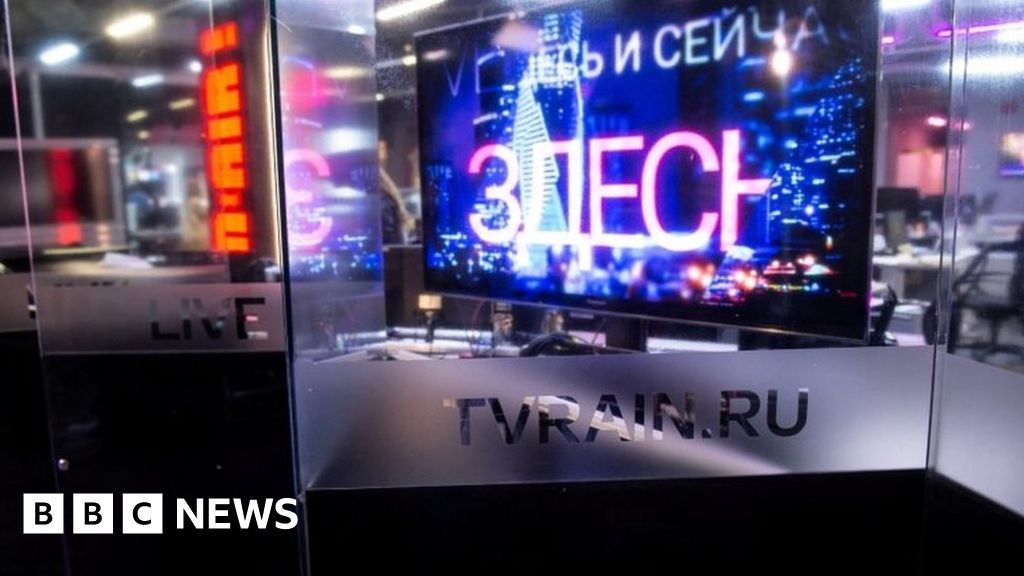 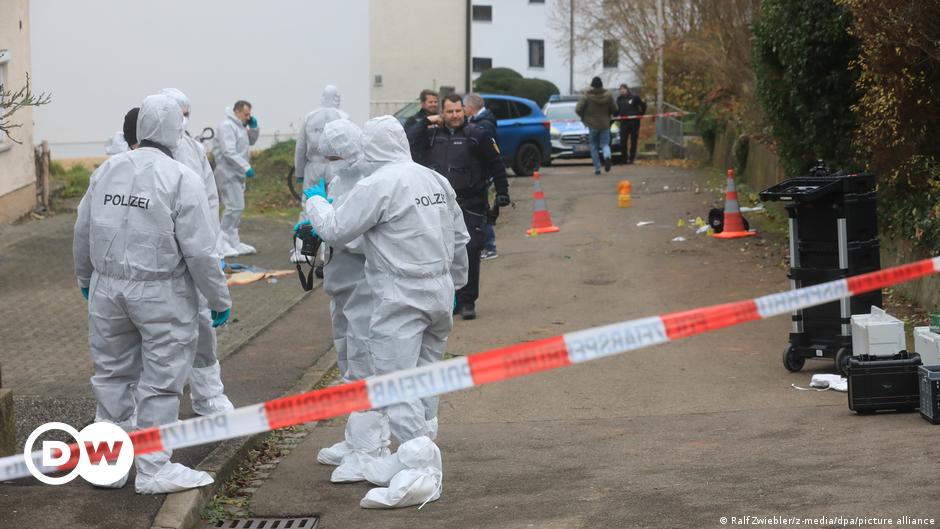